I’ve been reading The Beginning of the End of Abortion by Shawn D. Carney who started 40 Days For Life.  The book is full of stories and inspired me as I realized again how important the sidewalk advocates are as they pray outside of Hope Medical Group in Shreveport.

One chapter in the book was titled, “The Cajun Factor” and it was about two of Louisiana’s pro-life leaders.  They are both young men with families. Chris Davis and Ben Clapper know abortion isn’t going to just go away. They have fortitude; they work to end abortion and educate people across Louisiana.

Shawn tells the story of Chris Davis from Shreveport deciding to take a break from leading another 40 Days for Life campaign in 2017.  He was tired.  However, Chris changed his mind and as always, he persuaded, cajoled and just kept asking people to come out and pray at the Bossier City abortion facility.  That was in 2017 and that was the last time there was a 40 Days for Life campaign in Bossier City.  WHY? That year Bossier City Medical Suite abortion facility closed its doors forever after performing over ten thousand abortions.

If you saw the movie Unplanned, you saw how God uses people to make change happen.

Be one of those people who says “Yes, I’m going to do something to end abortion in Shreveport."

Don’t put it off - the Pro-Life Prayer Breakfast in August can be that first step for you. 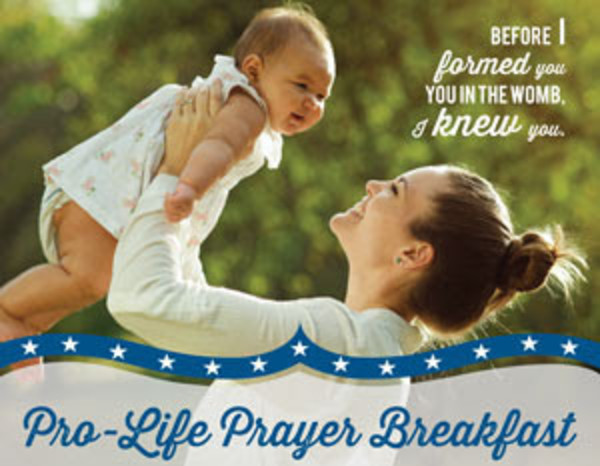 More from Our Blog...

Have you or someone you know had an unplanned pregnancy? Talk about a flood of emotions...every young woman has her own story.